From my Friend J. Speicher on his Google+ today and originally from "Space Shuttle Challenger" (Google+ also):

The NASA family lost seven of its own on the morning of January 28, 1986, when a booster engine failed, causing the Shuttle Challenger to break apart just 73 seconds after launch. 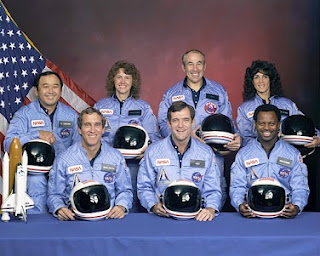 I don't know if you remember this tragic event, but I was at home that day and saw it live on TV. Traumatic doesn't begin to explain. Remember and say a prayer for the brave souls lost that day.